With Carrie Abbott and her program “Relationship Insights”

Do Embryo Adoptions “Give Too Much Personhood to the Embryo”?
February 25, 2019 – Answers in Genesis

What you should know about frozen embryo adoption
January 19, 2018 – The Ethics & Religious Liberty Commission

How Women Over 50 are Getting Pregnant
June 2,2016 – Ozy Magazine – Maria Lancaster story featured

Why more people are trying to get pregnant with donated frozen embryos.
May 9, 2016 – Vox

Here’s how it works when a couple adopts through our Christian embryo bank
April 21, 2016 – The Washington Post

Celebration of Our “Firstborn Baby” at Cedar Park Church
September 19, 2010

I gave away my embryo to a stranger and now we’re raising our little girls together as sisters
March 15, 2013

An incredible gift of life: Couple donates extra embryo to childless strangers and now they’re bringing up their daughters ‘as sisters in different homes’
December 5, 2012 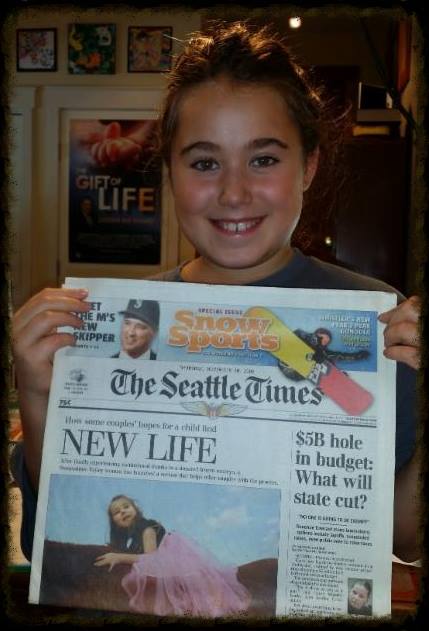